When it comes to the health of your family, you can’t afford to take chances. So when it comes to radon, it’s imperative that you get answers. Exposure to radon can result in a number of serious health issues including lung cancer. And while older homes and buildings are more likely to fall victim to radon problems, those who reside in newer structures are also at risk. At Millard Home Inspections, LLC, we offer radon testing to give you the answers you need and the peace of mind you deserve. 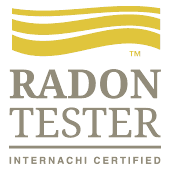 At Millard Home Inspections, LLC, we believe that you shouldn’t have to compromise when it comes to safety. That’s why we provide radon testing. We’re committed to helping our customers create safe living environments. And when you come to us, you can rest assured that we’ll never gloss over details or cut corners while inspecting your property for radon.

Protect yourself and those around you with radon inspection services from Millard Home Inspections, LLC. Call today for more information and to schedule an appointment

Radon is a cancer-causing radioactive gas. You cannot see, smell or taste radon, but it may be a problem in your home. The Surgeon General has warned that radon is the second leading cause of lung cancer in the United States today. If you smoke and your home has high radon levels, you’re at an even higher risk for developing lung cancer. Some scientific studies of radon exposure indicate that children may be more sensitive to radon. This may be due to their higher respiration rate and their rapidly dividing cells, which may be more vulnerable to radiation damage.

The U.S. Environmental Protection Agency (US EPA) and the Surgeon General’s Office have estimated that as many as 14,400 lung cancer deaths are caused each year by radon. Radon is the second leading cause of lung cancer. Radon-induced lung cancer costs the United States over $2 billion dollars per year in both direct and indirect health care costs. (Based on National Cancer Institute statistics of 14,400 annual radon lung cancer deaths – Oster, Colditz & Kelley, 1984)

According to the US EPA, nearly 1 in 3 homes checked in seven states and on three Indian lands had screening levels over 4 pCi/L, the EPA’s recommended action level for radon exposure.

A family whose home has radon levels of 4 pCi/l is exposed to approximately 35 times as much radiation as the Nuclear Regulatory Commission would allow if that family was standing next to the fence of a radioactive waste site. (25 mrem limit, 800 mrem exposure)

An elementary school student that spends 8 hours per day and 180 days per year in a classroom with 4 pCi/l of radon will receive nearly 10 times as much radiation as the Nuclear Regulatory Commission allows at the edge of a nuclear power plant.(25 mrem limit, 200 mrem exposure)

EXPOSURE: The primary routes of potential human exposure to radon are inhalation and ingestion. Radon in the ground, groundwater, or building materials enters working and living spaces and disintegrates into its decay products. Although high concentrations of radon in groundwater may contribute to radon exposure through ingestion, the inhalation of radon released from water is usually more important.